skip to main | skip to sidebar

Qatar, Nepal and Zambia have the same average IQ


Zambia is in equatorial Sub-saharan Africa and Qatar is in the Arabaian Peninsula in the Middle East and Nepal is situated in the Himalayas between North-eastern India and China.

Zambia is in habited by black (negroid) sub-saharan Africans and Qatar is Inhabited by arabs or whites (caucasoids) and Nepal is inhabited by a mixture of caucasoid and mongoloid peoples.

Genetics tells us that 16% of the lineages of the people of Qatar and Oman are of Sub-Saharan African Origin which is relatively insignificant.

We know that there are a large number of environmental factors that affect IQ and that less economically developed countries create an environment in which its citizens will not be able to achieve as much of their innate maximum potential IQ due to factors like lock of/poor education, malnutrition and famine, tropical diseases and many more (which I've listed and explained in the 'List of Environmental factors that affect IQ' Post). The lower the Human Development Index, the greater the increase in IQ points a country has the potential to achieve as the environment is lowering their average IQ more so.


Neurobiological theory tells us that the development of a humans various forms of intelligence usually ends by the age of 16, when a criticial point is reaches. Afrer this point of intellectual maturity, IQ is thought to be relatively stable. The environment has its biggest affect in determining someone's fluid intelligence up and till the critical point. Fluid Intelligence is someone's ability to think logically in verbal and spatial terms and detect patterns too.

For a person to develop certain intellectual abilities, they need to be provided with the appropriate environmental stimuli during childhood, before the critical period for adapting their neuronal connections ends. It should be mentioned that some researchers believe that the critical period effect is a result of the manner by which intellectual abilities are acquired—that changes in neuronal connections inhibit or prevent possible future changes which may explain differences in Intelligence types between people of different cultures.

Modern Media forms including TV, film, computer games, electronic gadgets and devices, the Internet and computer software are giving people a cognitive work out each time they participate in these forms of modern media. Computer games, software and gadgets require great analytical and logical thought and probing in order to be used to their entirety.(*4)

Television shows are becoming more complex with up to 18 threads happening at once often spreading over mutliple episodes are re-appearing at different times, compared to just 1 50 years ago. The viewer is required to keep track of many threads at once. It is also becoming harder to make sense of what is actually happening on the screen which as peoples analytical skills and pattern recognition skills are being pushed.(*4)

Increasing the time in educaton and quality of education before the critical limit and to a lesser extent afterwards, has been shown to improve a person's performance on an intelligence test.

High intakes of alchohol and drug use in mothers have been shown to significantly lower the IQ of their children.(*2) Extent of prenatal exposure to marijuana affects development of intelligence later in childhood.(*3)

Prolonged period of time without access to oxygen during the delivery can lead to brain damage and mental retardation. Also, low birth weights have been linked to lower intelligence scores later in lives of the children.

Lead exposure has been proven to have significant effects on the develpment of a child's intelligence. In a long-term study done by Baghurst et al. 1992, children who grew up next to a lead-smelting plant had significantly lower intelligence test scores, negatively correlated with their blood-lead level exposure.(*2)

Forster Care boosts an Orphan's IQ. Children who left an Orphanage before the age of 2 saw an almost 15 point increase in IQ over a 2.5 year period compared to children who stayed behind.


Prejudices and Self Belief

Native Japanese people used a different part of the brain to solve the same spatial problem as american japanese and americans. The Native japanese solved the problem fastest, significantly.

Head injuries, particularly to the occipital and pareital Lobes at the back of the head lower the IQ depending on the severity of the head injury and the medical treatment afterwards.
http://www.braininjury.com/children.html

Cocaine exposure to children has been shown to sublty (but statistically significantly) lower a child's IQ and language skills.

Men with below average IQ scores has a 40% greater risk of developing schizophrenia
http://www.schizophrenia.com/sznews/archives/000607.html

Schizophrenic patients were found to have below average processing speeds when performing IQ tests but still got the same number of questions right on average as non schizophrenics.

(*4)Everything Bad Is Good for You: by Steven Berlin Johnson.
Posted by Leafy Shrew at 06:17 4 comments:

A recent BBC news article is claiming that the Working Class have lower IQ scores on average than the middle class of Britain.

The scientist claims that this is due to inherited difference, but does not even consider any of the environmental differences between the working and middle class that affect IQ. Working classes have a much lower usage of private schools and usually live in areas of worse state schools, so have lower quality education and mind training in the thought needed to do well in IQ tests. It failed to mention that wokring classes have a worse diet than middle classes often with more E numbers and artificial colours and more fat and less nutrients and vitamins. Working classes are more likely to have absent parents and increased nutrure has been shown to increase IQ. Middle classes are much more likely to have Academic parents who engage their children in more thought and convesation that develops IQ test skills. Fighting and head injuries are more common among working class boys and lads aswell which will further lower their average IQ.

Yet more evidence of a scientist trying to make a name for himself, or less likely a scientist with class prejudices.
Posted by Leafy Shrew at 05:58 1 comment: 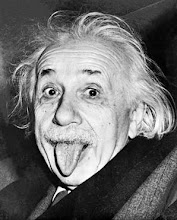